Irma McClaurin is a Black feminist anthropologist and consultant who conducts research on the social construction of inequality and its impact on African diaspora communities through an intersectional lens. She is founder of the “Irma McClaurin Black Feminist Archive” at the University of Massachusetts Amherst and was co-chair of the 2018 Seneca Falls Revisited Conference and keynote speaker for the 199th Susan B. Anthony Birthday Luncheon in 2019. 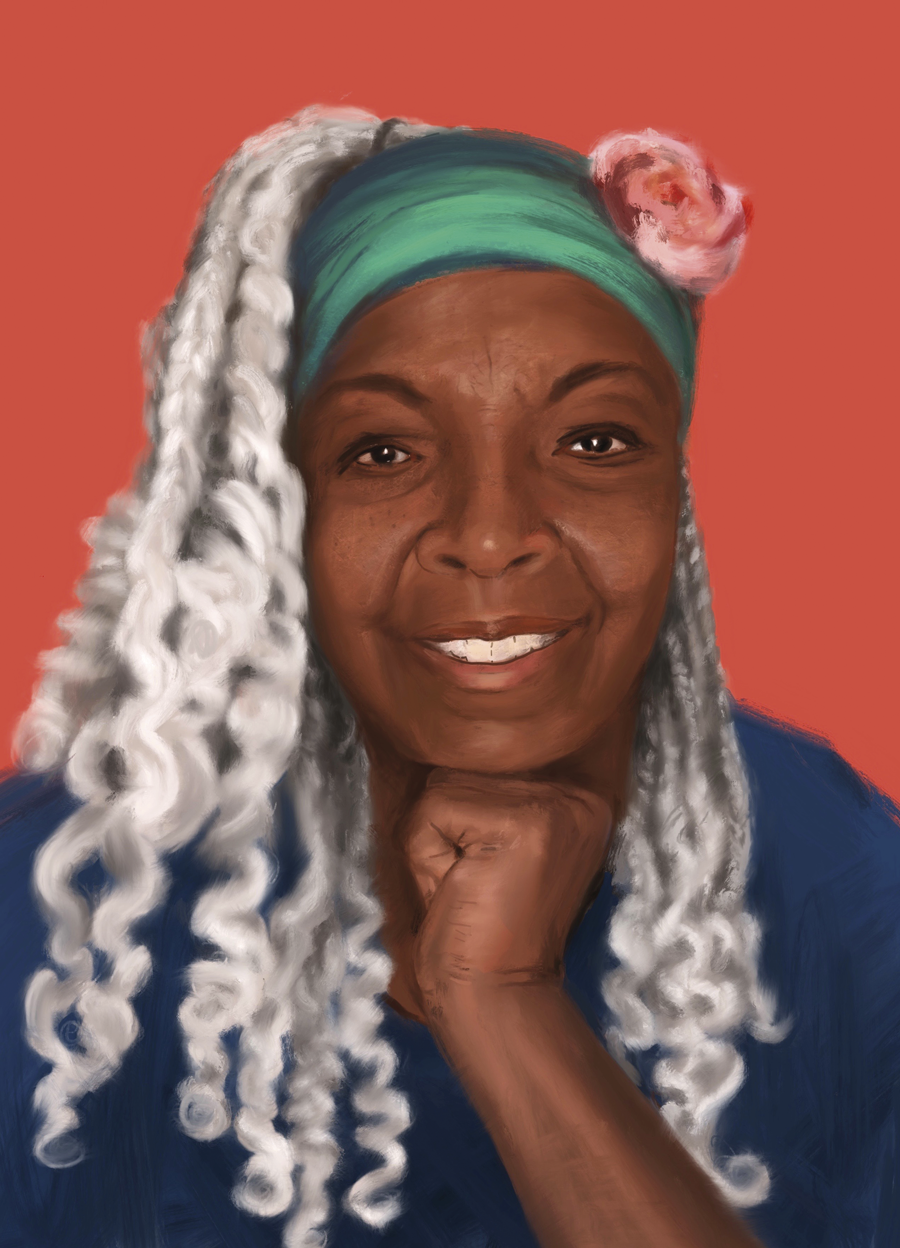 Image description: A Black woman rests her chin on her hand and smiles. She has long silver-gray braids, wears a green scarf with a pink flower on her head, and is wearing a blue shirt.
Caption: Irma McClaurin. Charlotte Hollands-Illustrator